With a charming historic district, fascinating archeological sites, and a world-class beach, Trujillo is the highlight of Northern Peru’s arid coastal region. Whether you are working your way south from Ecuador or north from Lima, Trujillo is easily worth a visit. Outlined below are the four main things to check out while in Trujillo 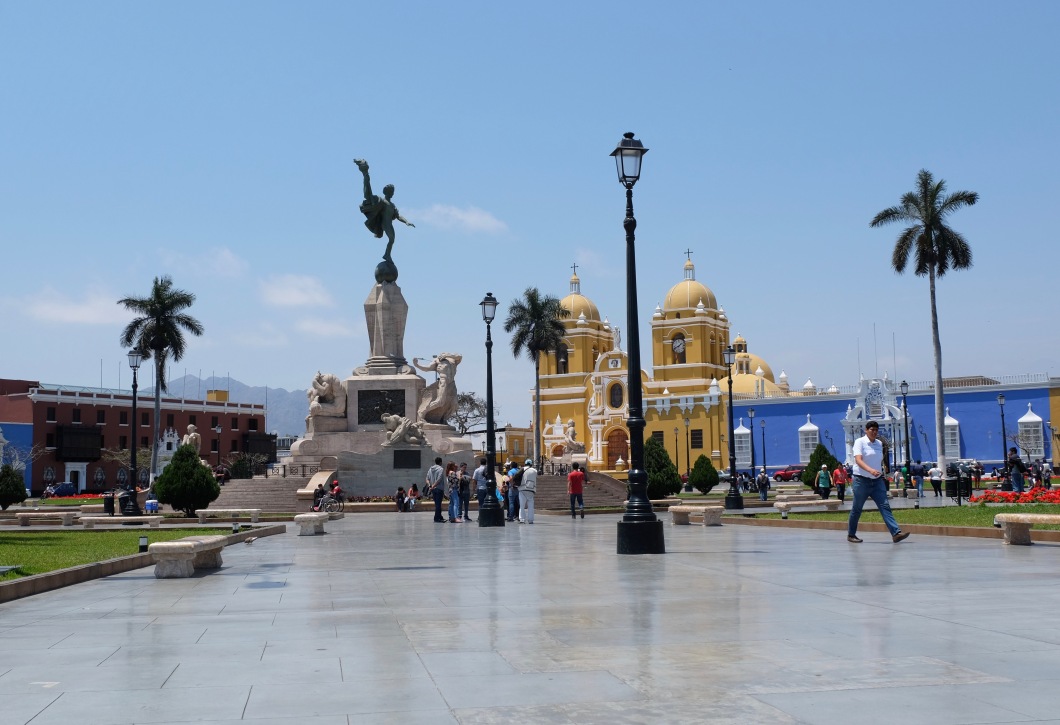 Trujillo is one of Peru’s oldest and most illustrious cities, and the city’s large historic core stands testament to its rich history as the one-time capital of the country. Established in 1534 , Trujillo was among the first cities founded by the Spanish conquistadors in the New World.

More than visiting any specific attraction in the historic center, be sure to take in its architecture. Trujillo’s elegant wrought-iron window railings and polychromatic renaissance facades have become iconic of the city. 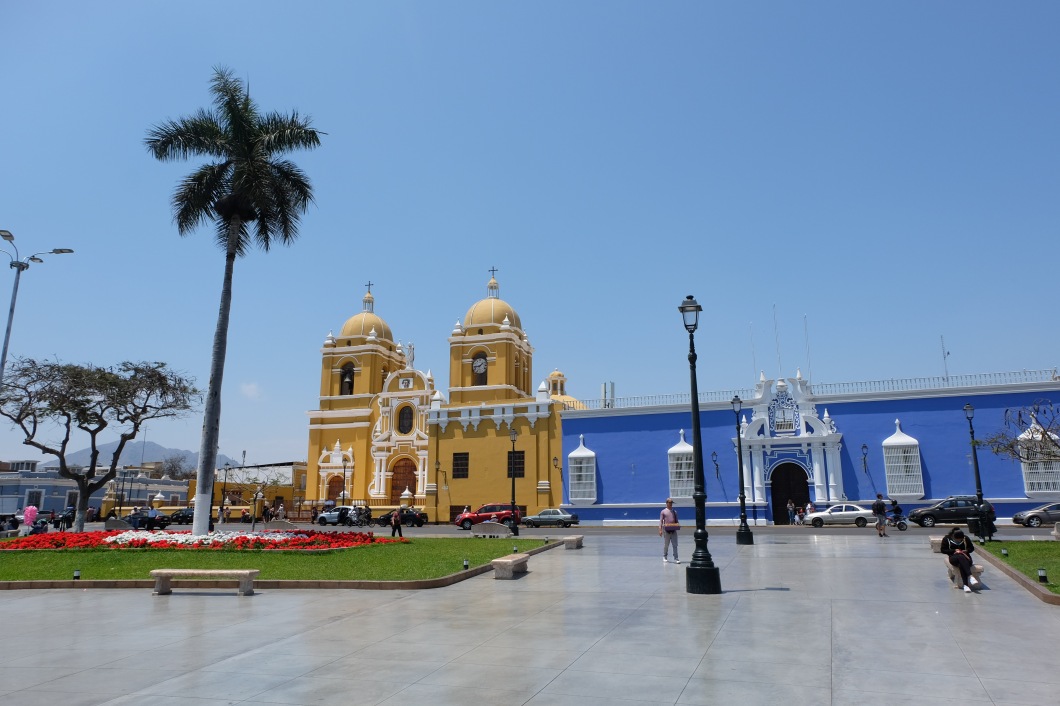 Just 5 kilometers west of Trujillo lie the ruins of a vast ancient metropolis built by the once-mighty Chamú civilization.

Just 600 years ago, the prosperous Chimú capital of Chan-Chan was the largest city in the Americas, governing an empire spanning some 600 miles. Chan-Chan was invaded and conquered by the Incas in 1470, and the Spanish conquistadores looted what remained a few decades later.

Getting There: Grab a collectivo from anywhere in the city center headed toward Huanchaco, and get off in around 10 minutes when you see a sign in the middle of the open desert announcing Chan-Chan.

Four kilometers southwest of Trujillo are the ruins of two enormous pyramidal temples built by the Moché civilization.

They may look like piles of rubble now, but the bigger of the two, the Hauca del Sol (“Temple of the Sun”) is the largest Pre-Colombian structure ever built in the Americas. The Hauca de la Luna (“Temple of the Moon”) has been more thoroughly explored, however, and is the only one currently open to public visitation. 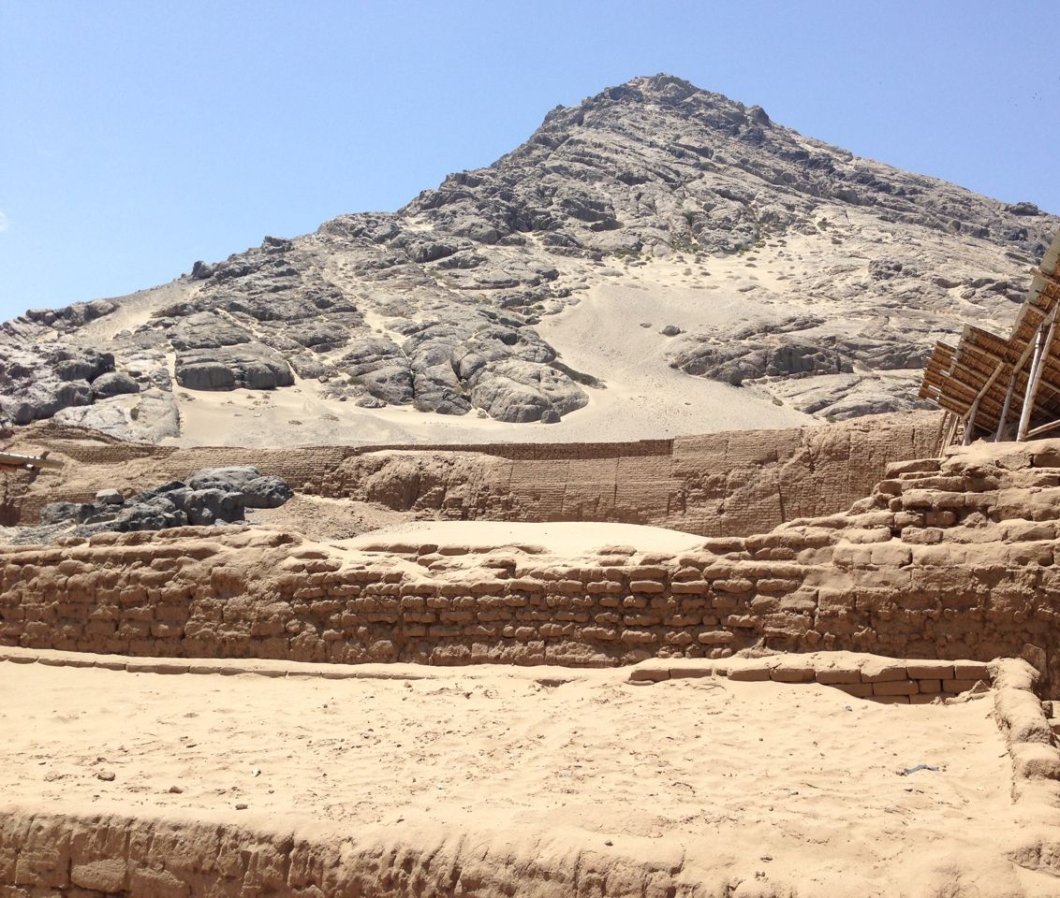 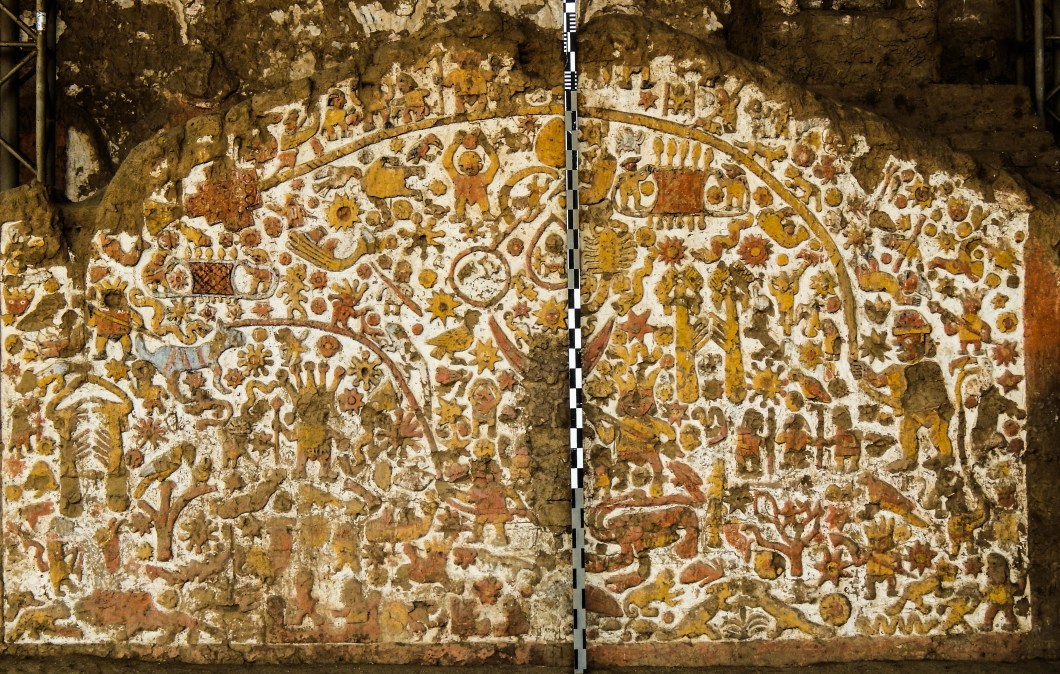 The highlight of the ruins are the vivid polychromatic friezes that depict scenes central to Moché culture and religion. Some of these absolutely mind-blowing.

Getting There: From Plaza de Armas follow a street called Huayna Cuapac for around 10 minutes until you reach Avenida de los Incas. You will see many collectivos stopping here, and some head toward Huacas del Sol Y Luna (3 sol). Ask a local if you’re confused about which collectivo to take.

14) Hit the beach in Haunchaco. 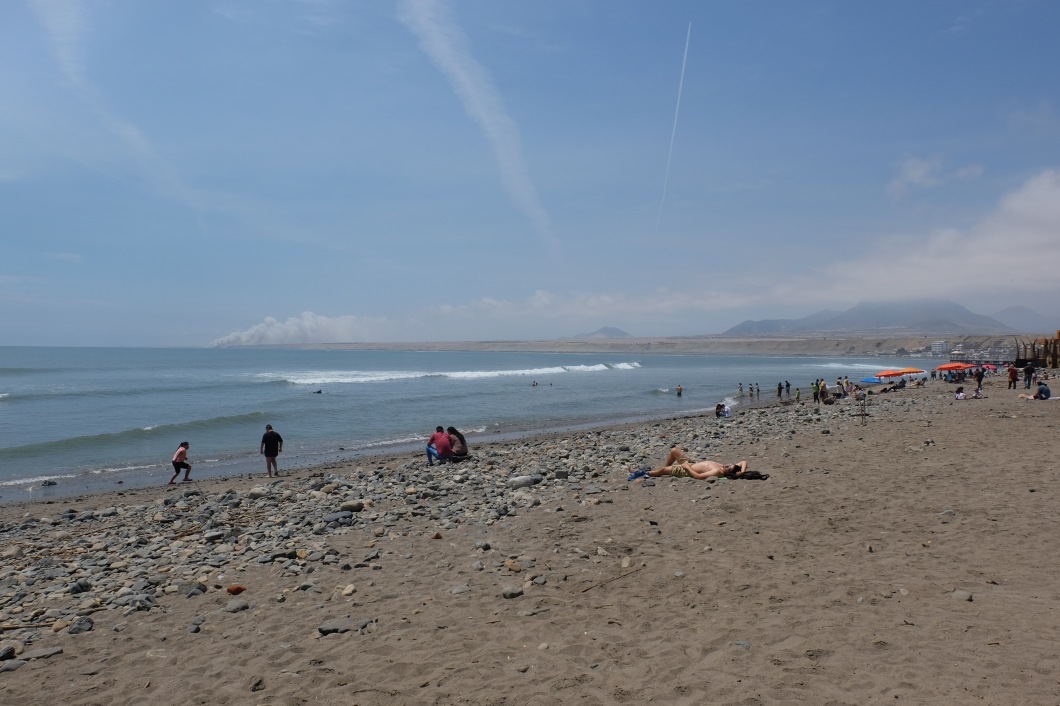 Head to Huanchaco for happy beach vibes, world-class surf, and the cheapest food/ hostels in town. Be sure to try the delicious seafood at the beachfront restaurant where 15 sol ($4.50) gets you a hefty serving of ceviche, a drink, and a main dish of your choosing.

For a nice view of the city and its environs, climb up to the church on the hill overlooking Huanchaco. 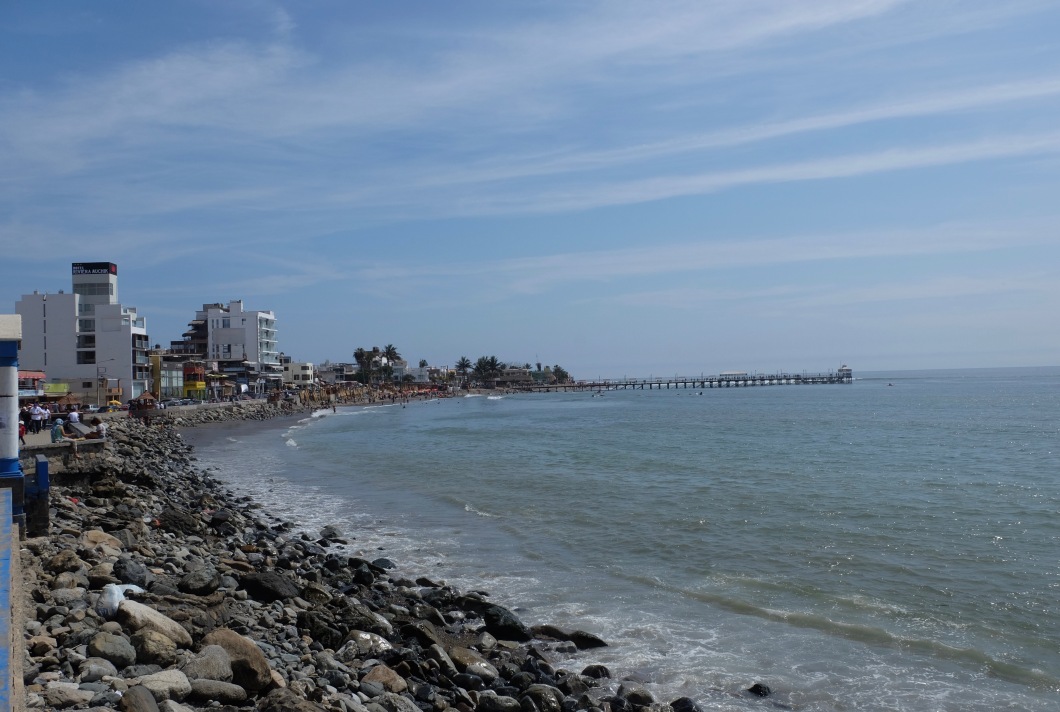 Getting There: Grab a bus from anywhere in the city center headed toward Huanchaco (2 sol), and get off in around 20 minutes where you see a long strip of restaurants and bars flanking the beach.

Off to Lima next? Check out my Lima guide for guidance and inspiration.