Pristine  and otherworldly, the Galapagos Islands, like most remote destinations,  is no budget backpacker destination. Well-heeled tourists will easily sink a couple grand on the islands between flights, hotels, tours, and cruises (not to mention the exorbitantly overpriced food).

I decided not to visit several times fearing I was priced out. When I finally did make it to the islands, I realized many of my fears were overblown.

Yes, the islands CAN be very expensive, but that doesn’t mean they have to be. Play your cards right and you’ll get a taste of everything the islands have to offer for a tiny fraction of the price. 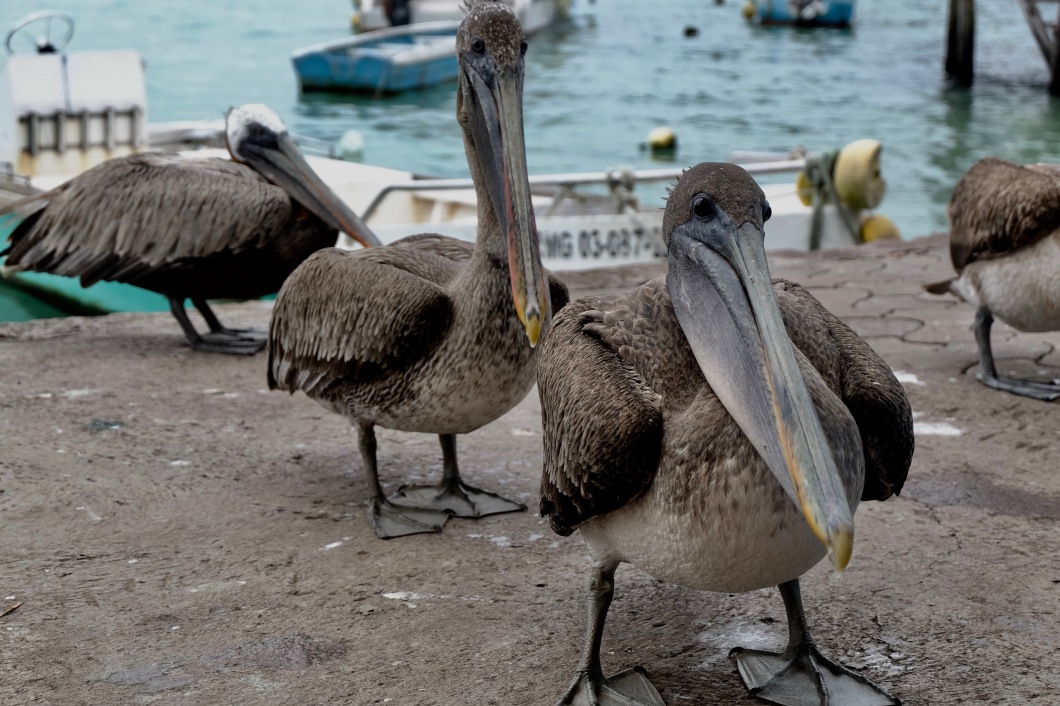 You can fly into the islands from either Quito or Guayaquil. I found that Quito’s offerings tend to be cheaper. There are two airports on the Galapagos. One is on Baltra Island (basically Santa Cruz), and the other is on San Cristobal.

I booked two one-way flights with LATAM Airlines for $90 each way about a month before the departure date. That comes out to $180 round-trip, a real bargain considering most visitors pay $300 – $500 for airfare to the islands! I was able to land such a sweet deal because I could be flexible with the dates. 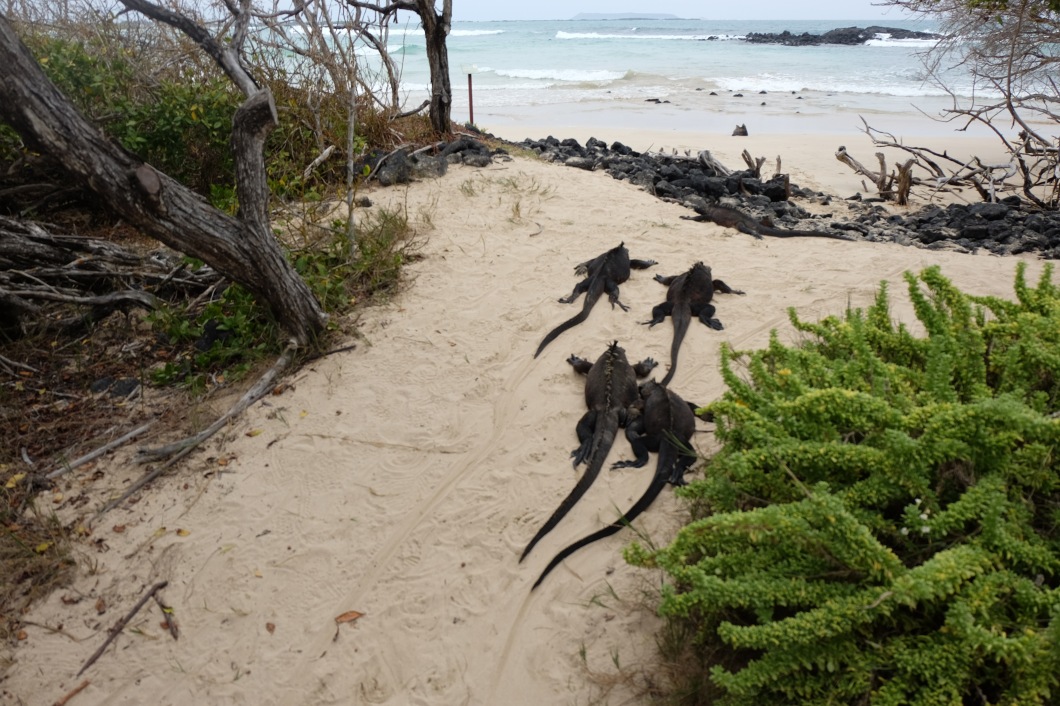 Foreigners must pay two fees to visit the Galapagos. You pay a $20 immigration fee at your departure airport and a $100 fee at the arrival airport. I didn’t pay the first fee because I didn’t know about it and somehow made it through immigration without paying it. I honestly have no idea how I did that. Either way, expect to pay both fees! It goes toward preservation (supposedly). 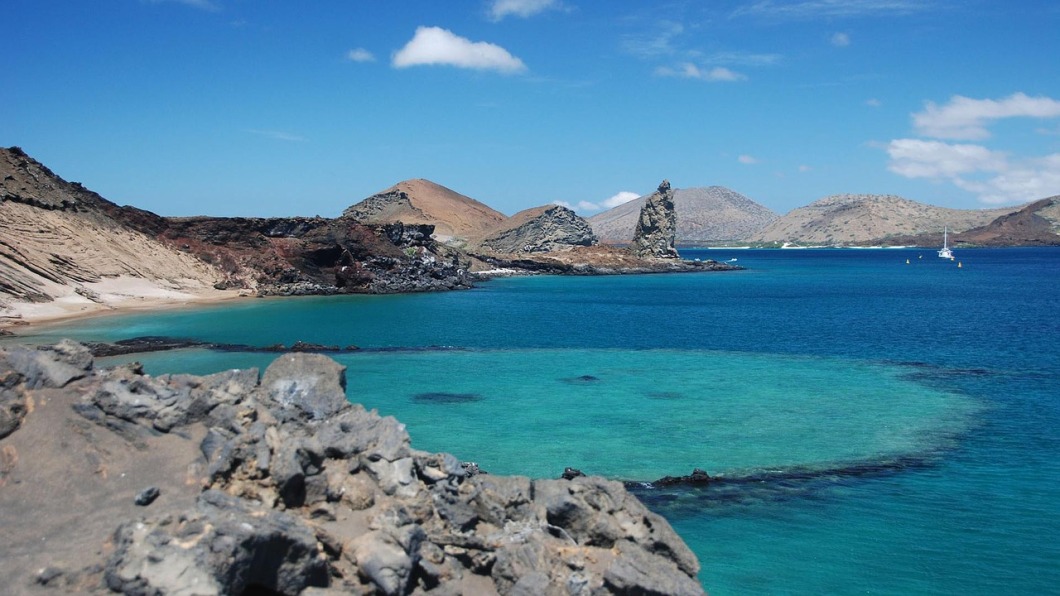 Hostels are much pricier here than on the mainland ($17 – $30 per night), but there is also an active couchsurfing community on all four inhabited islands.

Really its not too difficult to cut down on food costs if you’re willing to put in the effort to walk inland every time you want to eat. An entrée at the tourist-oriented restaurants close to the water cost $15 – $22, but at a humble local eatery you can get a complete lunch or dinner set that includes sides of soup, beans, salad, rice, and juice in addition your main dish for just $4 – $5. Empanadas for around $2 are also available on all four inhabited islands.

The four inhabited islands – Santa Cruz, Isabela, San Cristobal, and Floreana – are all connected by a public ferry that costs either $25 or $30 one-way, depending on the time and day. The other islands are only reachable by expensive cruises ($1,000+/week) or private tours ($150/day), but there is already so much to see and do on the publicly accessible islands that the private trips really aren’t necessary.

Where to See the Wildlife for Free

The difference between wildlife among the islands is really quite minimal. Unless you are very particular about the color of the iguana or the shape of the tortoise’s shell, the animals will seem pretty much the same from island to island. Most independent travelers will fly into Santa Cruz Island, spend a few days there, and then spend a day or two on Isabela Island. Isabela is the biggest of the islands and boasts the full spectrum of Galapagos wildlife.

The iguanas, tortoises, and blue-footed boobies are the three quintessential endemic Galapagos animals to look for. If you don’t see the tortoises in the wild while hiking, you can find them at any of the myriad breeding centers scattered across the islands. The iguanas you’ll see on all islands without even looking for them. Boobies tend to be more secluded and are quite tricky to find without a boat. 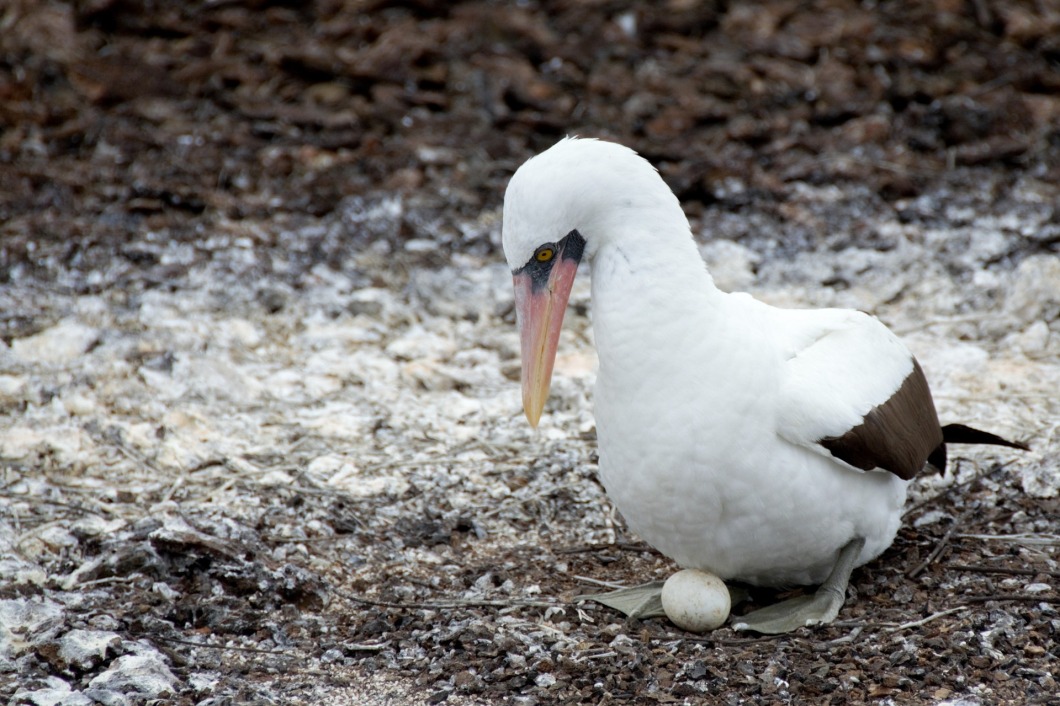 And the Marine Life

A lot of the action is underwater, though, so be sure to go snorkeling at one of the many free snorkeling sites on the islands. There are a lot of expensive snorkeling and scuba diving tours available, but why pay when you can go snorkeling for free at Playa de Tortuga in Santa Cruz and Perla de la Concha and Tintoreras in Isabela? I swam alongside sea lions, iguanas, turtles, rays, and sharks at these sites. The sea lions on Isabela are fun and playful to swim with, but beware the ones on San Cristobal are of a more rowdy and aggressive species that does not integrate well with humans (yes, I was attacked).

Even accounting for all the tips I have mentioned, your Galapagos trip won’t exactly cost pocket change. Once you book the cheapest possible flights and pay the national park fees, you’re spending will be up to $300 before you even leave the airport.  That alone was well above my normal budget, and I knew the money could go much further on the mainland. So was it worth it in the end? 100 percent definitely yes. That being said, I love animals. If you do too, this should be a worthy trip for you, too.